For as long as I can remember, I have always had a deep-rooted love for animals especially for cats.  When I was 3 years old, my mother had brought home a tiny black and white kitten she had rescued from a family who were not caring for it properly.  The kitten was named Samantha and from that point on, this 6 week old kitten and a 3 year old girl became inseparable best friends.  It was a friendship that would last throughout my childhood, my teen years and even into my days in college.  When I was 24 and Samantha was 21, she began to clearly indicate that she was no longer enjoying life due to old age, and I made the decision to let her go (it was definitely one of the hardest things I’ve had to do at that point!).  Because of Samantha, I have an extremely soft spot for black and white cats, to this day.  After Samantha’s passing, it would be a good while before I would let another cat into my heart.  That cat would be Raleigh.

Raleigh was one of four kittens born to wild parents in a window-well outside of my aunt’s home in Southgate, a country area that was riddled with forests and farms all around.  After discovering them, my aunt brought the kittens indoors and until they were old enough, hand-raised them.  When the kittens were around 7 weeks old, my aunt brought them to my mother and I, who were fostering for Toronto Cat Rescue at the time.  Raleigh was a happy and spunky kitten, who also loved to cuddle and get kisses on his forehead (he would in fact shove his forehead into your mouth, to demand that you kiss his forehead lol).  He was very dog-like in personality, preferring to hang out with people rather than do his own independent thing as a cat does.  After an unfortunate incident where Raleigh lost a toe off one of his front paws and required surgery, I had provided care for him to ensure that his paw would heal properly.  It was by this time that I had fallen in love with Raleigh and wanted to adopt him.  I filled out the necessary adoption paperwork, and I have not looked back since.  Raleigh is now 18 years old.  Despite having a hyperthyroid condition and having the physique of an old kitty, he is still doing great for an old guy.  He has slowed down a bit since his kitten days, but is still quite active for his age.  To this day, he still loves to cuddle and still demands kisses by shoving his forehead into my mouth lol.  He continues to retain his dog like personality and will even come to the door to greet me after I’ve come home from work.  Some things just don’t change! 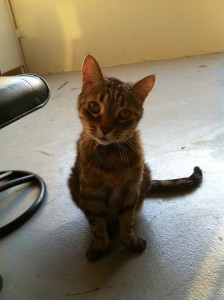 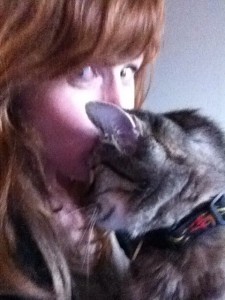 Raleigh looking as handsome as can be, and demands his kisses

Three years later after I had adopted Raleigh, the next cat to come into my life was Gambit, an incredibly soft black and white cat (a black and white cat…go figure!).  Gambit was born into a feral (wild) cat colony in Brampton.  At the age of almost 6 weeks old, he was brought to me for taming and socialization so that he could become suitable for adoption.  At first, Gambit was a hissy ball of fur, and would not let me come near him.  It did not take him long, however, to trust me and realize that this new life could just be a whole lot better than the one he was living in Brampton.  After all, there was always food and water available, a warm roof over his head, a clean litterbox, more toys than he could ever possibly want, and lots of love and attention.  Gambit was given his name because of his thieving abilities where it concerns food (both cat & human, alike!), and is extremely persistent about getting it (he firmly believes that if at first you fail, try..try again).  Sneaky stubborn bugger indeed!  Gambit is now 15 years old.  He has survived surgery of which to remove a tumor from his brain (he has videos of his progress on youtube!).  As of last year, he has lost most of his hearing, but has learned to adapt to the change with his vision & senses (I am also hearing impaired, so we both can relate to the other!).  He is still doing great and still retains his obsession with food.  I always have to stay a step ahead of him and make sure to keep my food out of reach.  To this day, no training tactic is stronger than his stubbornness at scoring food.  Despite this, however, he continues to be a very loyal, friendly and loving cat so we often forgive him for his food thievery ways ;). 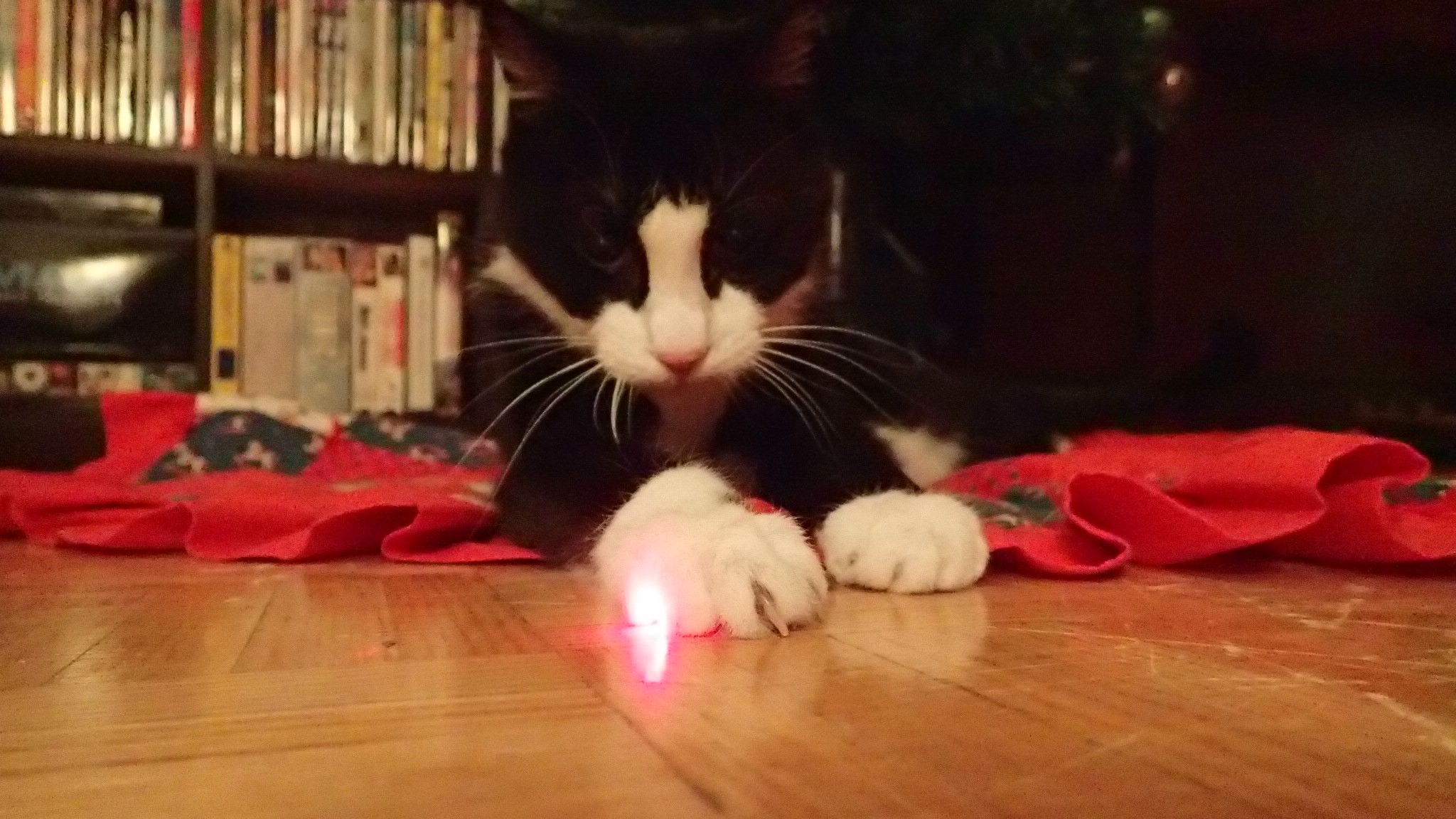 My two youngest cats are a brother and sister duo named Nanaimo and Scully.  Both were born in North Carolina to a cat that was owned by a friend of mine.  Scully is a polydactyl kitty (a polydactyl is a cat that has extra toes).  My friend knew that I had always wanted a polydactyl, and that I was saving a potential third kitty for one.  I took a road trip down to visit my friend and meet Scully, who was an adorable but shy kitten.  When it was time to head home, I offered to my friend that I could take one more kitten back home to Canada, and then adopt it out there as he had 5 kittens to find homes for.  I headed home with Scully and one of her brothers nicknamed “No Name”, whom I had intended on adopting out.  What I did not expect upon arriving home was that my friends and family would make me feel guilty about separating the kittens, since they were brother and sister.  “No Name” would later join my group and become known as Nanaimo, a fun reflection of his original name as well as being named after a town in British Columbia.  Both brother and sister are now 14 years old and are still doing well for their age. 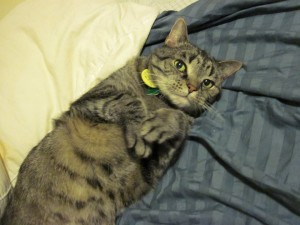 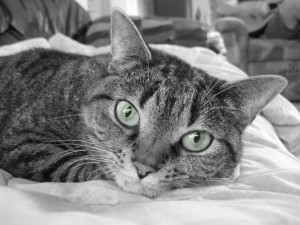 Some people may feel that four cats may be “too many” and while it may be true at times, I would not change a thing about them.  They are all very different from each other, have different personalities and have certain traits that make them stand out and appear adorable.  They are like my fur kids! 😉

And that is the story as to how I wound up with my four kitties.