Basics about Bengals:
Bengals are one of the most sought after pedigree breed among cat owners. They are most well known for their beautiful markings, and either have spots or rosettes like a leopard, or have marbled stripe markings. They are typically a gorgeous auburn brown colour, but are also found in silver, chocolate and charcoal as well! Bengals have a slim athletic build, and their hind legs are slightly longer than their front legs, giving them a long and powerful stride!

Typical Bengal With spots/rosettes (This is our past guest Cheepers)

Bengals are highly intelligent, and active kitties. This adds up to them being quite amusing pets, but they can also get themselves into trouble if they are not adequately entertained. For this reason it is usually suggested for owners to have experience with cats before inviting a Bengal into their home. Their intelligence also means that Bengals are easily trained, and respond well to clicker training – a technique usually reserved for dogs, and something your domestic short hair is not likely to pick up! 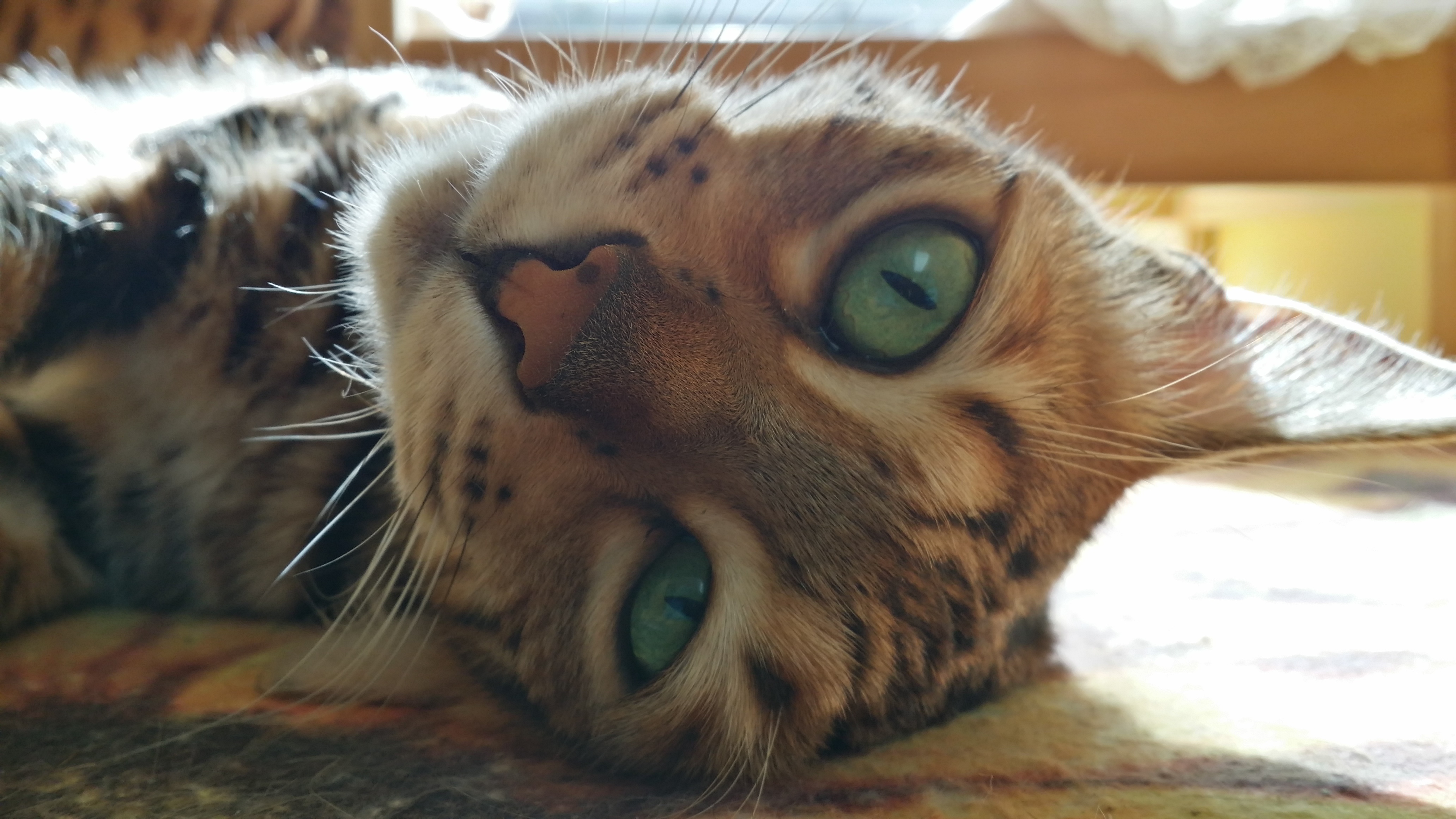 Typical Bengal (close up): Seen here rolling around for attention! (Past guest Fran)

Bengals are more vocal than your typical domestic cat, and their vocalizations can be quite different. They meow like the rest of them, but yowling and screeching is also part of their regular vocabulary! This can come off as pretty intimidating at times, but most Bengals are friendly in nature.

Breeding Bengals: A history
Bengals were created by crossing the Asian Leopard Cat (Prionailurus bengalensis from which they derived their name!). Literature suggests that these hybrids have been around since the 1800s, but it wasn’t until  the 1900s that they became more popular.  In the 1970’s the Asian Leopard Cat was studied for its natural immunity to feline Leukemia, a viral cancer. It was bred with the domestic cat to see if this immunity was transferable, and it is still debated whether Bengals actually are immune to the virus.

When the hybrid was made, it became clear that the offspring could retain the beautiful appearance of the wildcat, while having a more subdued personality than their ancestors. The hopes that these gorgeous felines could be incorporated into our homes and families led to further breeding and experimentation.

When a domestic cat is bred with a wildcat, the offspring are an F1 generation. If two F1 cats are bred, their offspring will be an F2 generation – and the number increases as the offspring become farther separated from their wildcat ancestor. F3 generation Bengals are often far enough removed from the original wildcat to possess the gentle and friendly temperament of our beloved domestic cat. However, it is not recommended for typical pet owners to have anything less than an F4 generation pet, and F1-F3 are usually reserved for breeders and specialty pet owners.

Boarding Bengals
From our experience here at the Cats’ Castle, Bengals are most vocal when they first arrive, and like most cats will take a day or two to settle in. During the first couple of days they are generally not fond of being handled, and need a little time to warm up to everyone, and get used to their new surroundings. Once they have acclimatized to everything, they can be some of the most affectionate kitties that we’ve had here. That being said, each individual cat has its own personality, regardless of the breed! Whether they are Bengals, Savannahs, Ocicats or just domestic short hair kitties you will come across some individuals that want nothing to do with human attention, and others that are literally all about it – some that are lazy couch potatoes, and others that are playful and active! It’s such a pleasure getting to know each cat’s personality (which they are certainly full of!). 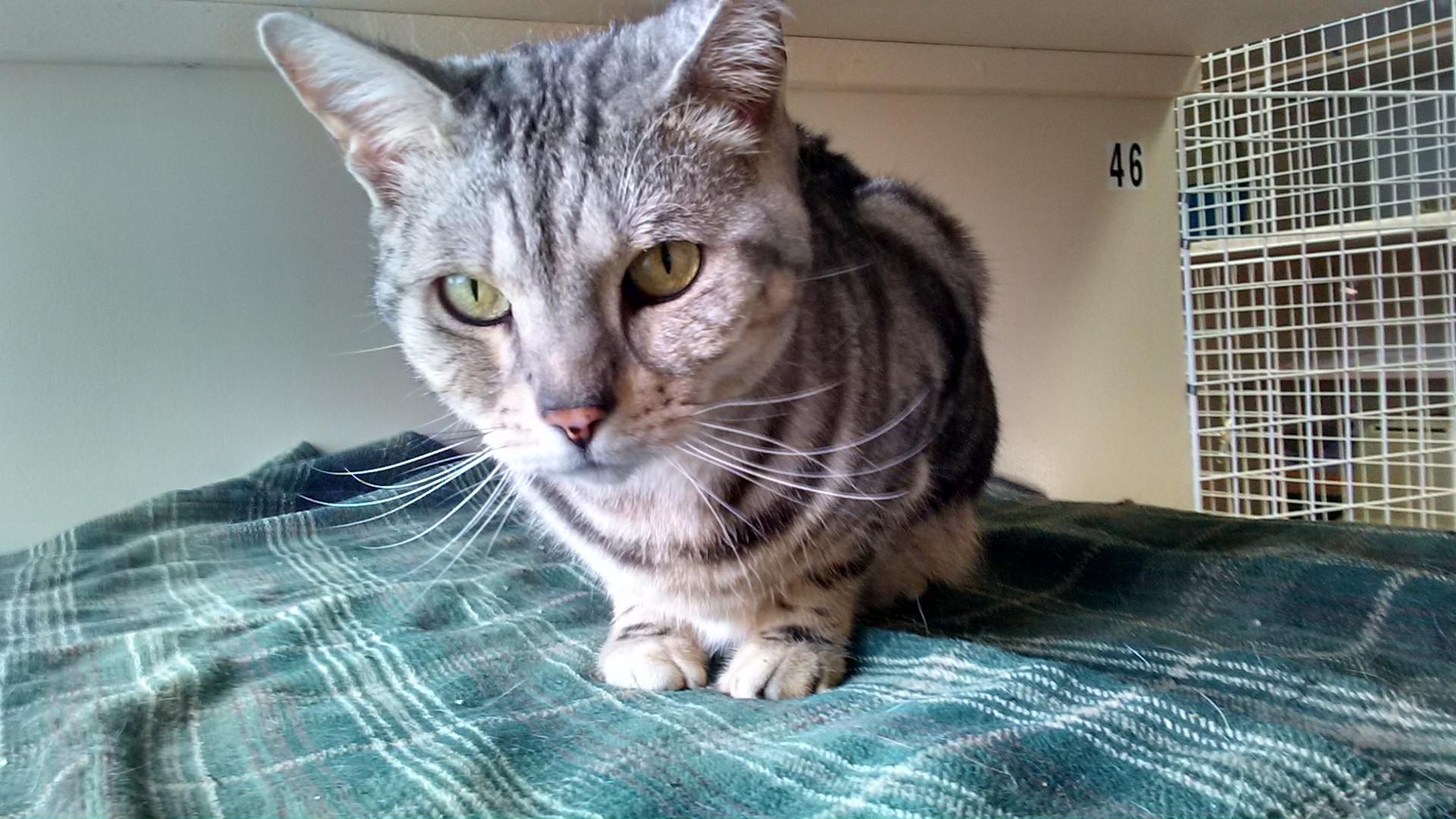 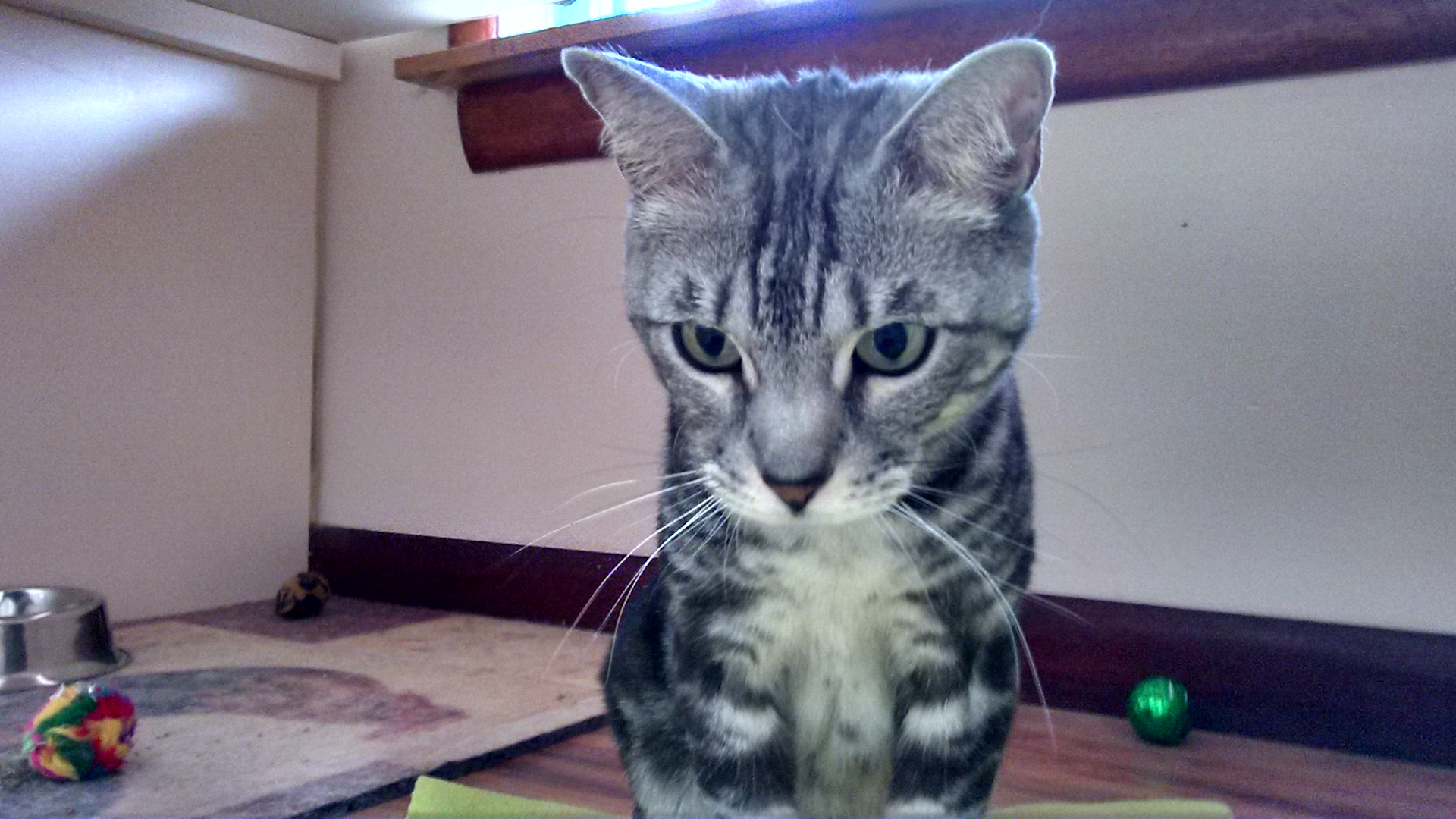 We have had many Bengals stay with us in the past, but Kenya and Asia were the first silver Bengals I had ever seen! When Kenya and Asia arrived they were a little grumpy for the first couple of days and hissed at the other kitties, and even at the staff!! But it did not take them long to warm up to everyone! Still they were not fans of being handled too much, and picking them up could be a bit of a challenge. Probably two months went by before they were completely comfortable with everyone here, and now handling them is never an issue! When picking them up, Asia might give a little grumble of protest, but that is the worst of it! While they aren’t exactly lap cats (because they love to be constantly moving!), they are both so affectionate and love getting attention! If you sit on the floor with them, they will constantly be walking back and forth, and all around you so that you can continuously pet and brush them. They are honestly such a treat, and are both currently looking for a home. Word of mouth is by far the best way to raise awareness about this lovely pair – So please, spread the word, and if you know anyone who might be interested in inviting a couple of Bengals into their home you should encourage them to stop in at Cats’ Castle  and meet the pair for themselves!! 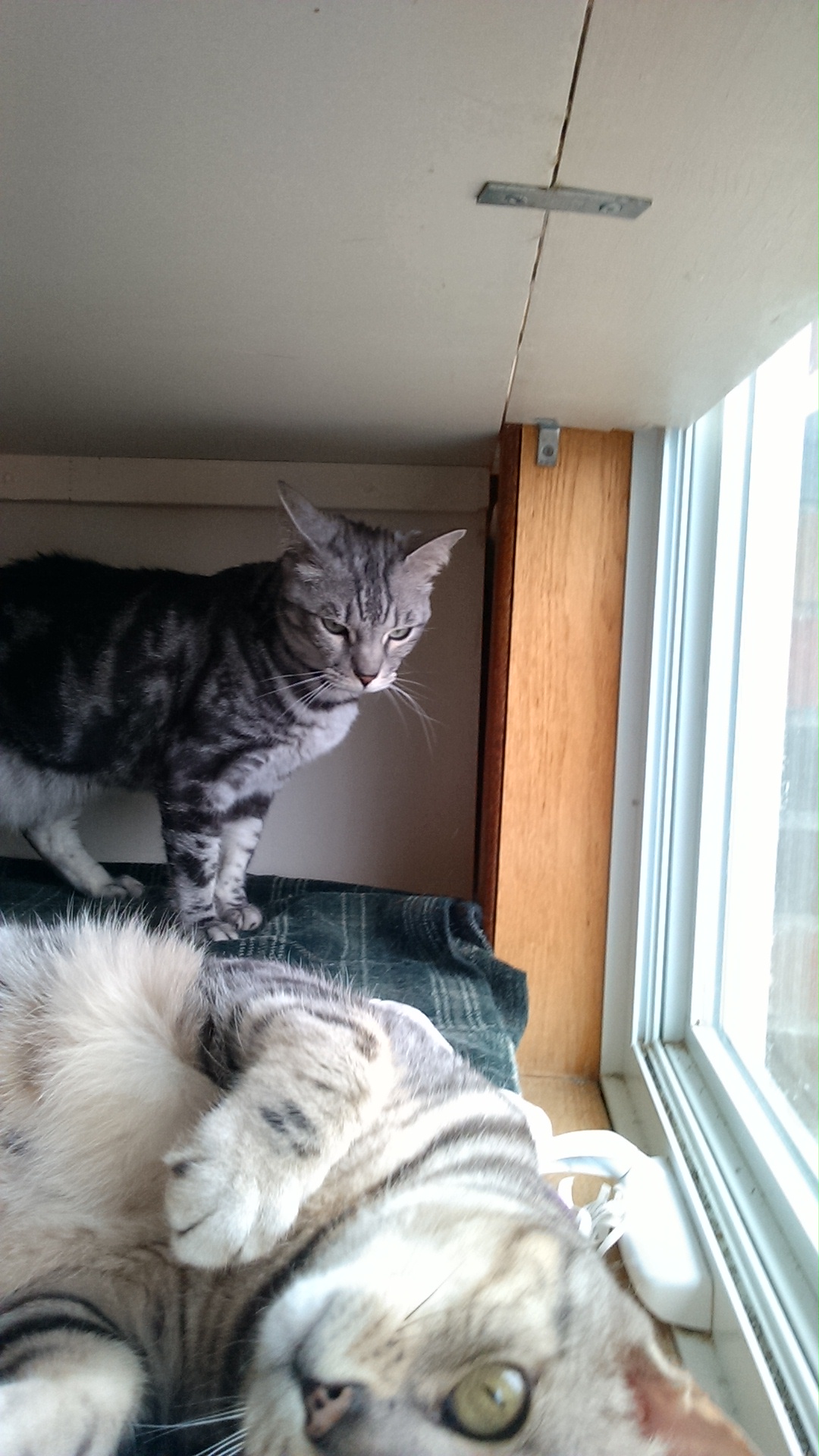 Kenya and Asia: Asia is being silly and rolling around for attention while Kenya looks on with jealousy.